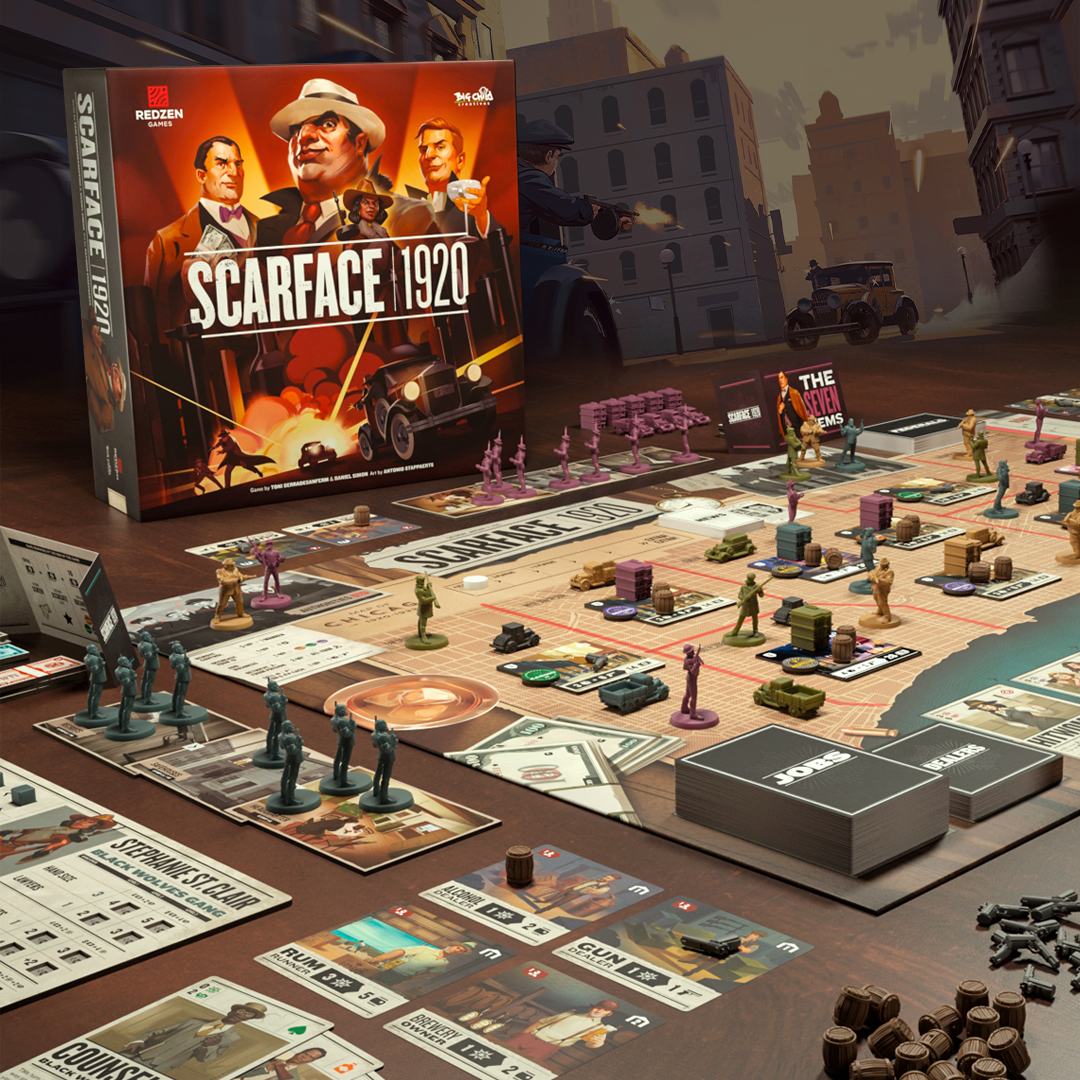 A game board developed by Redzen Games in partnership with Bigchild Creatives.

Scarface 1920 is a competitive mafia board game set in Chicago in the roaring 20s that blends worker placement, area control, and deck-building mechanics.

Lead one of the four criminal gangs aiming to rule the city of Chicago. Expand your racketeering, run bootlegging operations, bribe the city officials, and make sure the feds don’t crush you. The time has come for you to be the king.
Put yourself in the shoes of a mob boss in this competitive and highly immersive board game with asymmetric sides. Hold sway over Chicago with a mix of worker placement, deck building, and area control mechanics. 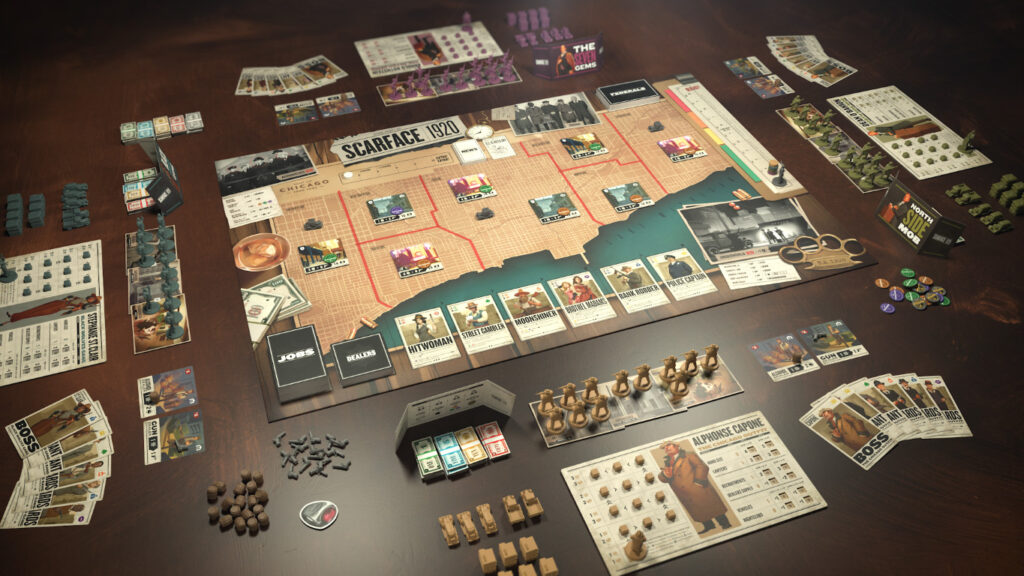 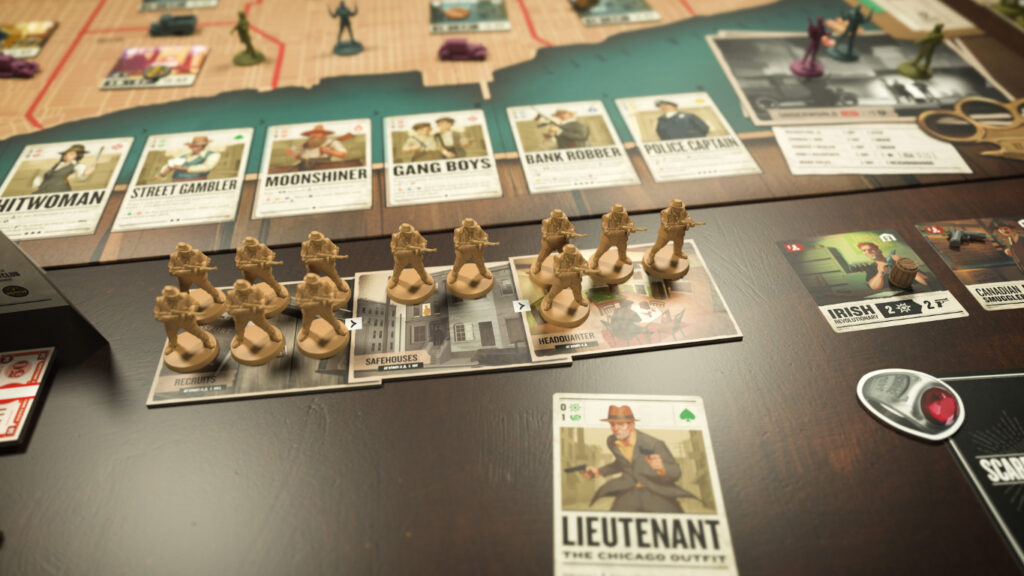 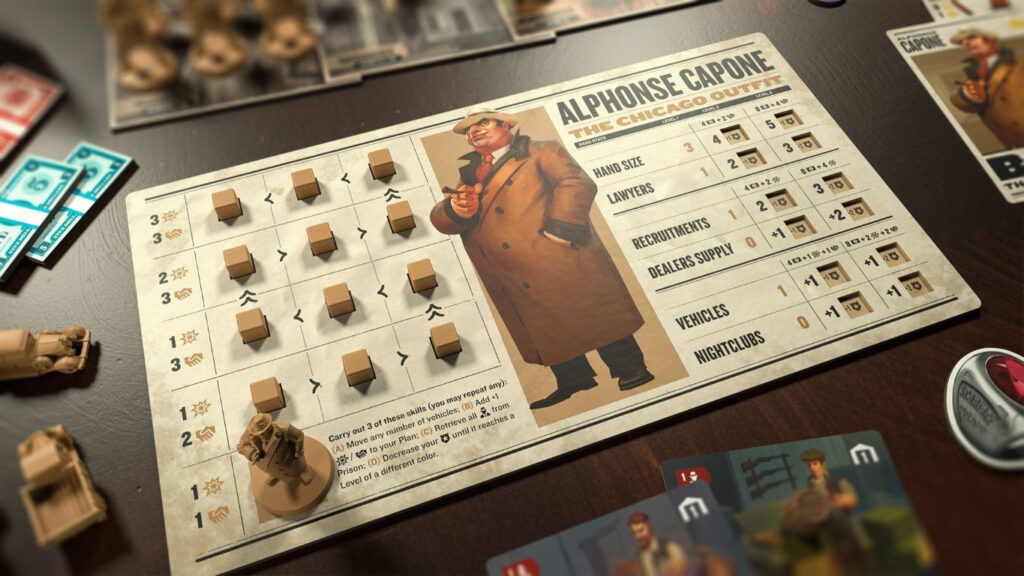 From Rod Steiger to Tom Hardy, through Ben Gazzara, Robert de Niro, or Stephen Graham, many actors have given life to Al Capone in films and television. In #Scarface1920 that mission has been assigned to us.

We were in charge of giving life to the famous gangster of Italian origin, Al Capone, but also to his foes in the fight to control the city of Chicago (Arnold Rothstein, Dean O’Banion, and Stephanie St. Clair), as well as all other miniatures that are part of the game. We’ve also been in charge of painting these amazing miniatures at the Bigchild Creatives Studio.

Stay tuned for more information and pictures about Scarface 1920!